A couple of months ago, I blogged about the Progressing with Astrophotography where I used the data from my Crab Nebula captures where it is good enough for a beginner like me but as time goes by, new tricks are learned and skills are getting better.

Here’s a sample of a reprocessed Crab Nebula using the same old data.  Using the Hubble palette where the sulfur 2 filter is used for the red channel, the Hydrogen Alpha is used for green and Oxygen 3 is used for the blue channel. 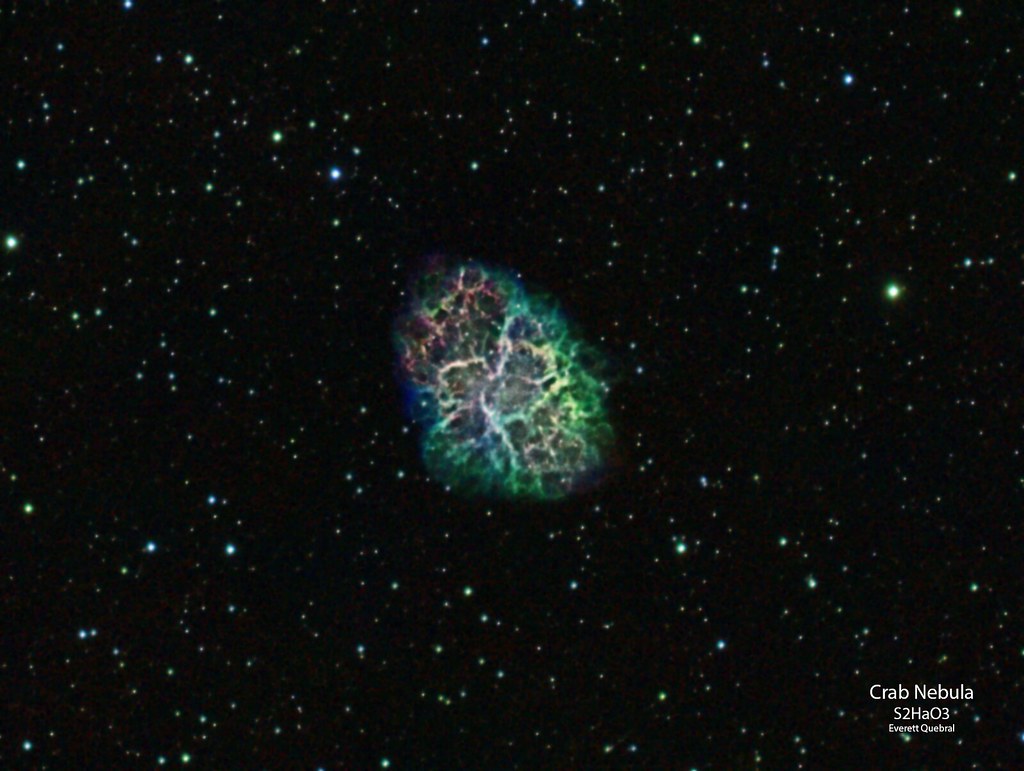 Just for comparison, here’s the HaO3S2 combination that I processed last December 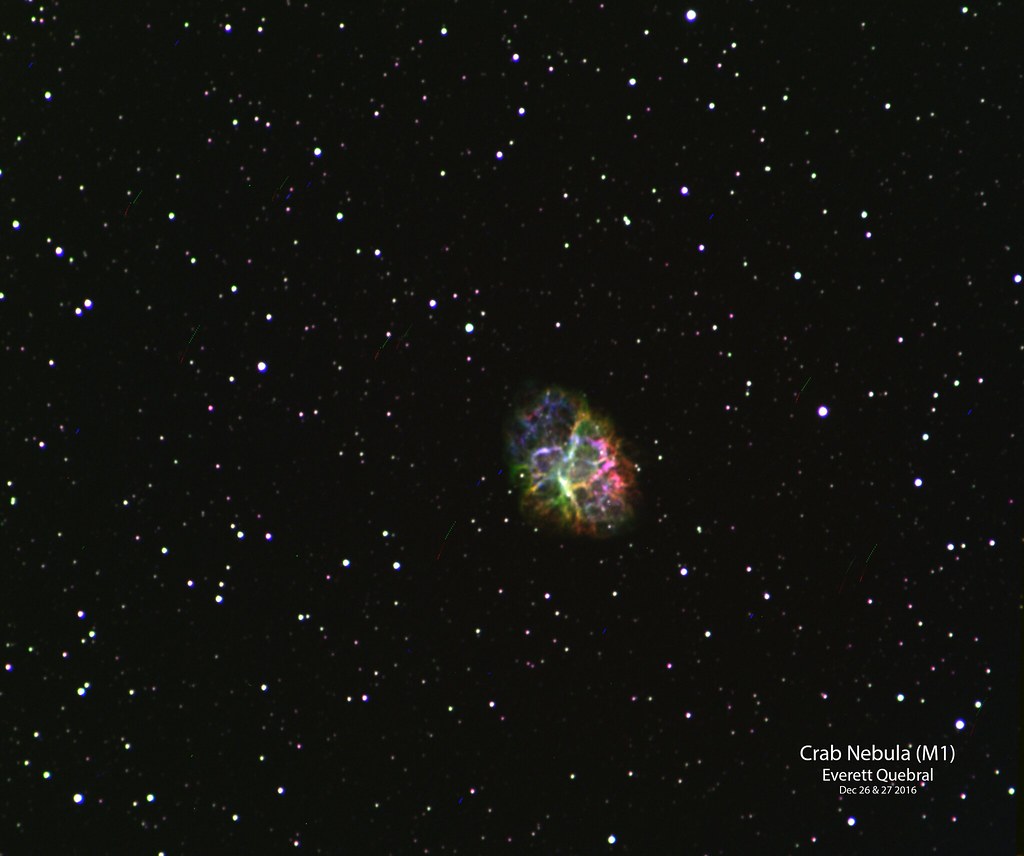 The difference is very clear specially because of the technique that I learned in Photoshop.  That said, my skills are still way below average than the casual astrophotographer.