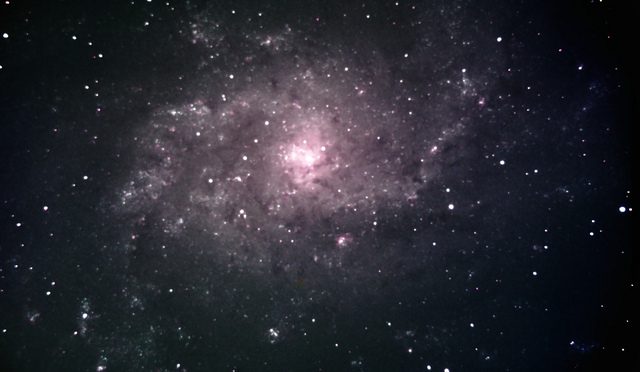 Last night I tested my setup for remote and automated image acquisition. The first time I realized that it was so convenient compared on how I used to do it. Before I have to keep awake all night and outside the convenience and warmth of my home. Lately I decided to go on cooled mono ccd camera and never thought of the complex work flow it introduced to my image capture. Like changing filters, re-setting focus, rotating the camera and all other things. Unlike with a colored DLSR, by pointing on the target and setting up Backyard EOS and PHD2, I’m good to go. I’ll just wait for the entire image to be captured and done. However with cooled mono ccd camera, there are so many things to consider. One very important equipment to have is a focuser with temperature compensation.

For years now since I started astrophotography (a little over two years as of this writing) I’ve been working on motorizing my focuser which I failed miserably. The first thing that I did was just a simple motorized focuser with an objective of a hand controller than my hands touching the focuser for avoiding shake and vibration. Never thought that in astrophotography, even the focuser should be controlled by the some sort of a software to provide complete automation. I’m still a long way over it and I’ve spent to much money on my do it yourself focuser versus just buying one.

Anyway, I’ve discovered a lot of things, learned a lot of things, attended a lot of workshops to see how others are doing it. Last August 28, I had a chance to join an Astrophotography Workshop with the SJAA. With skills and knowledge that I learned specially in using an Arduino for a motorized focuser, Raspberry Pi for remote and automation, I realized a good plan on how to go forward in taking my setup to a new level.

More on improving my plate solving workflow, making sure that the Lagoon and Tripid fits my field of view.

Learned some script in Nebulosity for capturing LRGB images. Was able to capture 3 LRGB images in one night in the comfort of my home by just remoting completely.